Oh, The Places You Will Go, Astro! 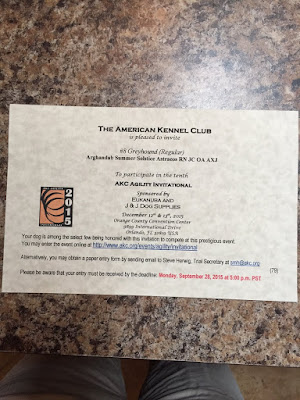 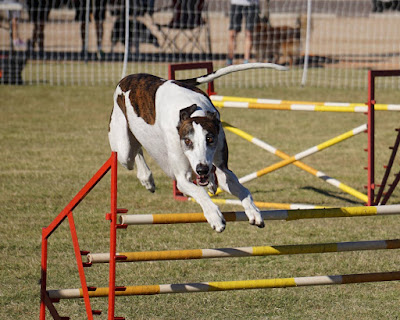 It's in Orlando, Florida, so at first I thought, I don't think I can go to Florida.  And then I thought about it and talked to a few other people who had gone.  They all said it was an awesome experience. 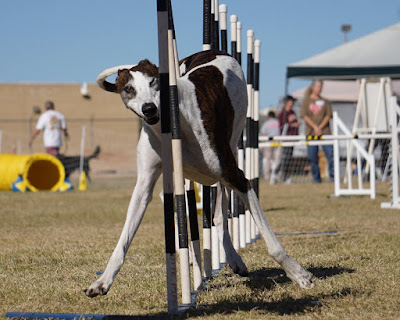 And then, I thought, I think Astro and I are going to Orlando, Florida! 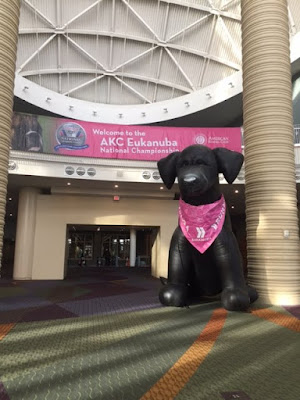 And we are here! My Dad was super sweet and volunteered to drive with me on the way out so I wouldn't be so exhausted when I got here.  We made without any troubles and Astro did great with the drive.  I'm so excited to be able to meet others who do agility with their greyhounds! 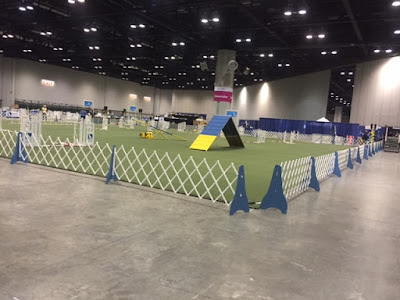 Today we went to a local agility site and practiced a little and then we went to check out the show site (one of the rings above).  This is a huge show with agility, conformation, obedience, dock diving, etc. going on.  The show doesn't get into full swing until the weekend, but I wanted to have Astro get used to the site and practice on the turf. 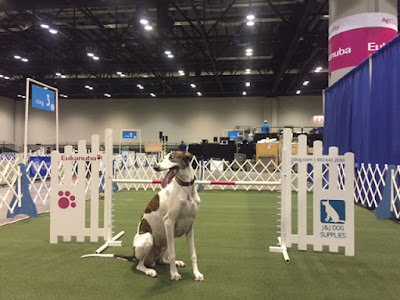 Astro did great! He wasn't too bothered by all the activity going on.  Best of all his focus was pretty good on the practice jump and he was happy, playing with me, giving kisses, and eating treats! Sometimes in new areas he gets distracted and a little nervous and won't do those things easily. He can also get a little zoomy and distracted in the agility ring when were in new places.  When the show starts on Friday it will be even louder and busy, but we will do our best. 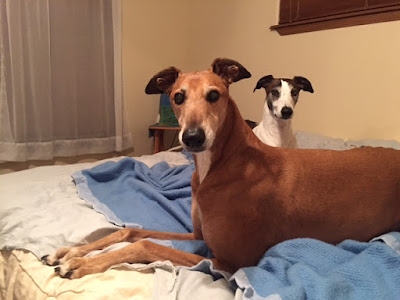 My sweet love Zephyr is doing great! He doesn't compete in agility, but he often comes to practice and does a little agility, but mostly he loves to run and chase his ball or play chase with me. 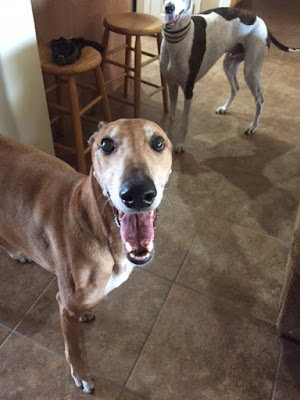 He couldn't come to the show, which is probably best for him anyway, and is staying with my parents.  I will be so happy to see him when we get home!
Posted by Hiking Hounds at 4:57 PM

WOW! Well done on the invite. Will keep everything crossed you do well. Just make sure you enjoy it.

Glad Zephyr is with his grandparents. Sure he will be spoilt.

Looking forward to hearing how you got on. Sue, Polly & Honey

Congrats and have fun!

Congrats! What a fun road trip. Bet Zephyr was super excited when you and Astro got back.

Great videos, well done on your success! Proud owner of two Greyhound bitches in Australia, the only agility tests going on here are whether they should roll over to their other side for the next 6 hours of sleep:)

We love seeing that you had a wonderful time in Florida. We are glad Astro had a wonderful job and wasn't bothered by the activity going on around you. Thanks for sharing. Have a great day.
World of Animals

The above article is nice and interesting, thank you willing to share! Greetings success of admin cetak murah jakarta wish you deign to visit my website, thank you :)