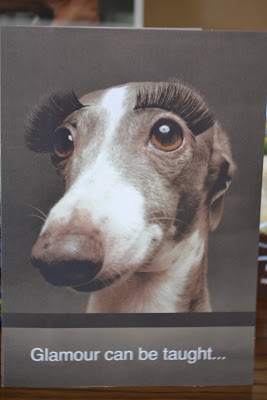 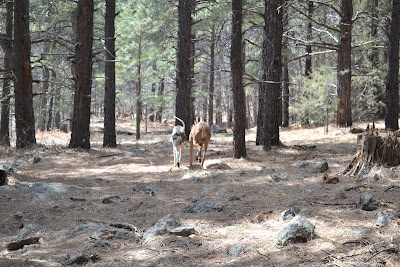 The weather was perfect during my Spring Break and we were able to get out and have a lot of fun.  The temperatures were in the low to mid 60s, which is great hiking weather for the dogs.  One day we went down an old forest road that leads to Pumphouse Wash, which isn't really a wash it's more like a creek.  I like going to this spot because it's past the area that everyone hikes in and the dogs can run free and safe. 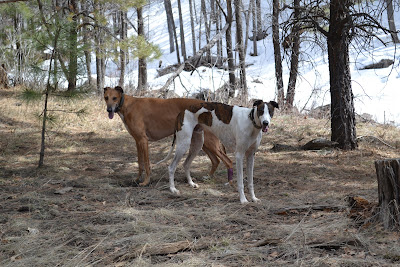 It turned out there was no water in the creek, but there was still some snow on the side of the canyon that faced north. 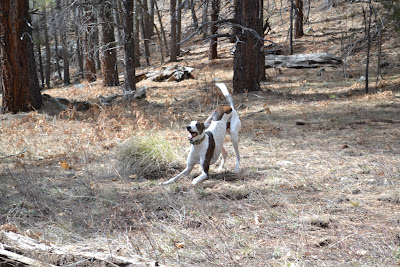 It didn't take long for the boys to let their spunk out and fly through the forest.  This was their first big run with no snow on the ground and they really loved it.


This video is in the nice area on the west side of Pumphouse.  They were really hauling butt around their race track.  I love how they cool off in the snow and try to make snow angels. 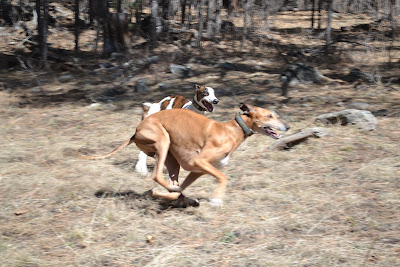 We headed back to the east side of the creek which has another nice open area and they had to have a race around here too. 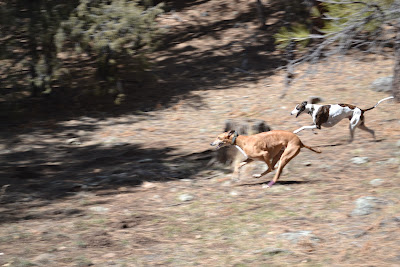 They both really loved it and looked especially happy on this day. 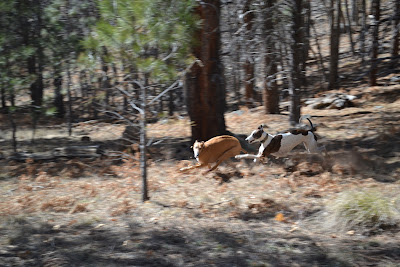 Zephyr seemed extra happy and playful.  He loves to be the chaser and in the past that's the role that he would almost always take in their forest runs.  But, I've noticed lately that he's been switching more, being the chasee, and letting Astro be the chaser more often. 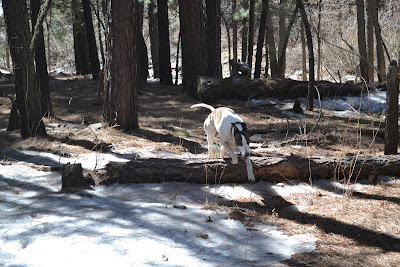 I will never tire of watching them run and play in the forest.  I'm sure I'm like one of those parents who is always showing pictures of their kids doing the same things over and over again, yet it still seems marvelous brand new to them.  :-) 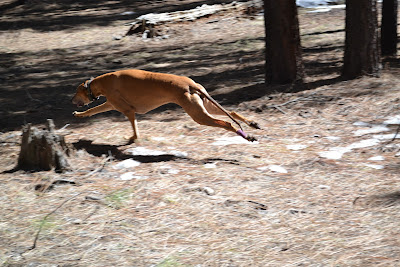 Zephyr did the most running on this hike than he has since before his illness.  He and Astro had four big runs plus hiking to and from the area, which I think is at least two miles from our house (I need to take the GPS and measure it).  Yes, I was a little worried about how he would feel afterward.  No problems, just a tired happy boy. 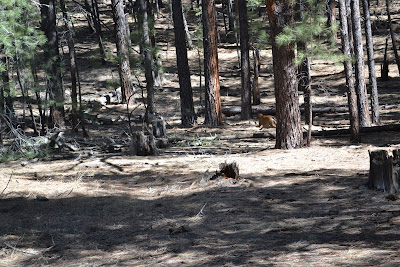 If you enlarge this picture you can see that Zephyr is completely airborne over a log.  I am hardly ever able to catch them with all legs in the air and stretched out, so I wanted to include it even though it's not up close. 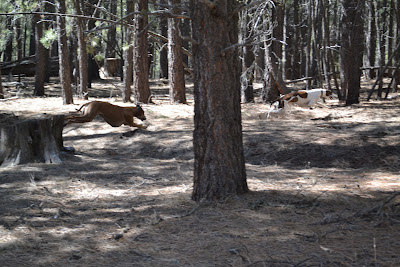 Along with never tiring of watching them run, I still get that twinge in my stomach as they fly over and between trees at full greyhound speed.  Yet, they have never run into a tree and amazingly they hardly bump anything as they zoom around.  Must be the awesome sighthound eyesight. 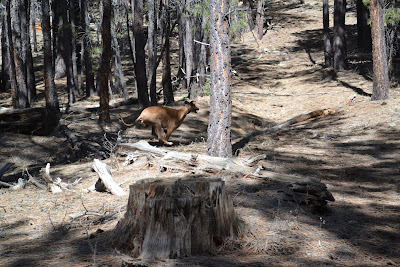 Zephyr had been getting a lot of nicks and cuts on his toes and hocks because his skin was still really fragile and thin from his medicine.  It's also worse in winter with the snow cover when they can't see what they are stepping on.  In fact in the month before this hike Zephyr had a big cut on his hock that I had to wrap and gave him antibiotics to help it heal.  It had healed, but you might see that it was wrapped on this hike to protect it if bumped while running.  I was really happy to see that he did well and only had one tiny nick on a foot when when got home. 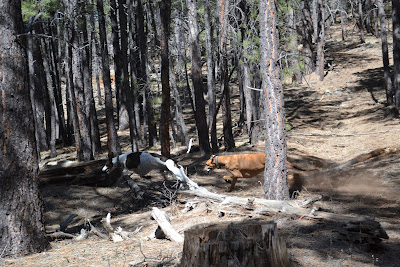 The boys really seemed to have spring fever as they tore up the forest.  Astro does love to be the chasee.  He seems to really take pride in egging him on and leading Zephyr on the most challenging courses possible putting lots of jumps, tight turns, and fake outs in them. 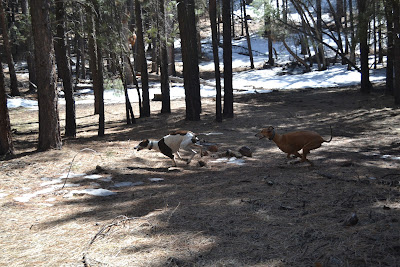 I'm sure I can hear them laughing and calling to each other as they go. 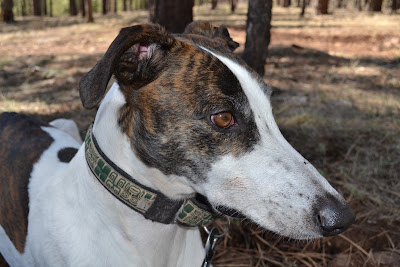 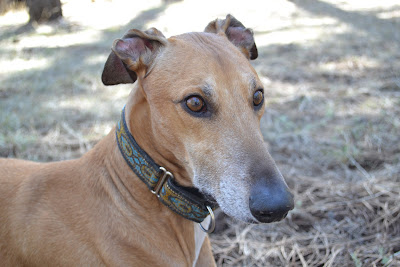 We had some snacks and rested awhile in a cool shady area on the way home. 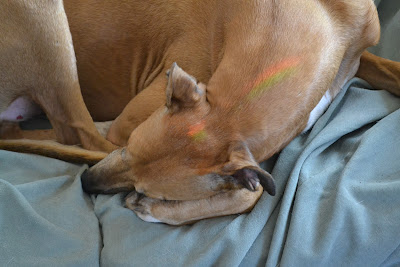 After a nice meal both boys were sound asleep.  My sun catcher sent this rainbow to Zephyr while he slept.  A perfect way to end a perfect day.
Posted by Hiking Hounds at 10:02 AM 12 comments: