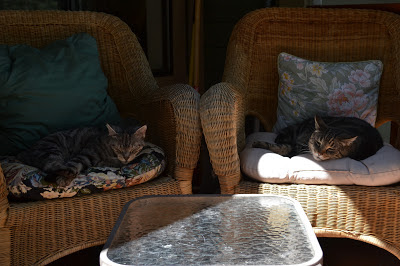 Since it's finally starting to warm up everyone has been able to spend more time outside.  The cats tend to get on each others nerves so it's nice to be able to let them go outside and relax. 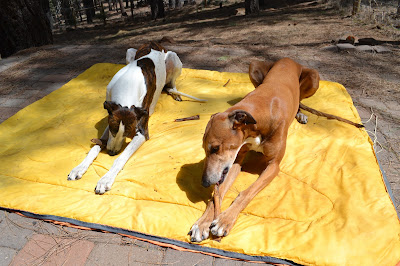 Zephyr and Astro have been enjoying basking in the sun with some bones. 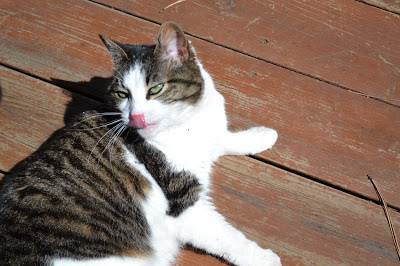 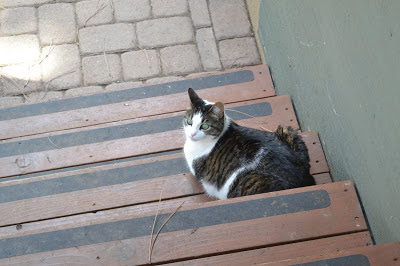 Out of all my cats Annie is the one who likes to go out and explore the most.  She will jump the fence and I often have to go find her.  Usually when I find her, she insists that I not carry her and that she is quite capable of walking back to the house on her own.  In the past I've lost a couple cats to the outdoor dangers, so I don't let mine wonder much. 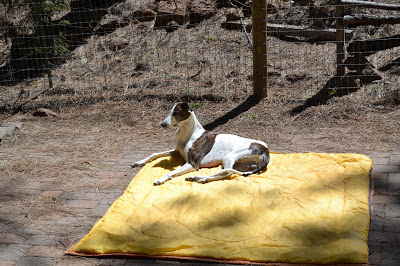 Astro thought he would just hang out in the sun for awhile and thaw out. 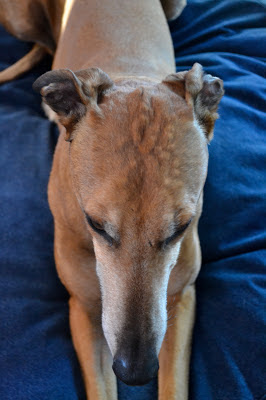 This is what I woke up to on April 1, and it was not a joke.  Poor Zephyr had been bitten by something and had hives all over his head and face, and lesser amounts on his neck, chest, and front and even back legs.  For some reason there weren't many on his torso.  I'm not sure what got him, but I suspect that it could have been a spider in the night, which really freaked me out and pissed me off.  If you look on his right cheek, left side of the picture, you can probably see it looks more swollen than the other side.  That is where I suspect the bite was.  The skin in that area was also more dark red and bruised looking.  Luckily the only reaction he seemed to have was the hives and they didn't seem to bother him too much.  He ate breakfast and seemed happy as normal. 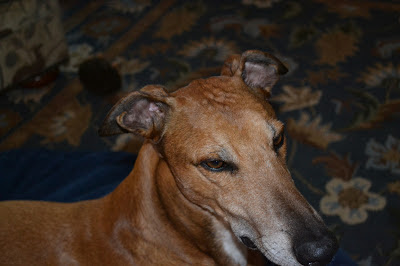 I came home to check on him at lunch and it all seemed about the same.  We had an appointment with the vet that afternoon and she asked me to give him Benadryl in the mean time.  I always have Benadryl because sometimes I take it and I know it's good to have it on hand for the animals.  Of course this time I open the bottle and there is only one left and he needed four 25mg tabs.  When I got home in the afternoon he was a little better, but with his funny immune system we went in to the vet's to be safe.  With the excitement at the office the hives flared up again.  He received a shot of Benadryl and a steroid shot.  We also checked his blood platelets (or was it the red blood cell count?) to make sure they weren't too high from the allergic reaction, because that can cause dehydration.  He was at about 60.  That is high for a normal dog, but Greyhounds are always high plus we live at 7,000 ft elevation which makes it higher.  So, he was fine in that regard.  By the next morning the hives were pretty much gone, but he got another dose of Benadryl to be safe.

I was really upset at the thought of a spider crawling around the bedroom at night and munching on my boy!  It was early spring and I had notice they were starting to come out and had seen a few in the house.  But, I don't think there are an abnormally high number of spiders in the house.  I suppose it could have been something outside, but there weren't many wasps or bees out at that time.  I often find myself asking why do all these unfortunate things happen to Zephyr?  It just doesn't seem fair!  All I can say is thankfully he also has an amazing ability heal and recover.
Posted by Hiking Hounds at 1:42 PM 5 comments: 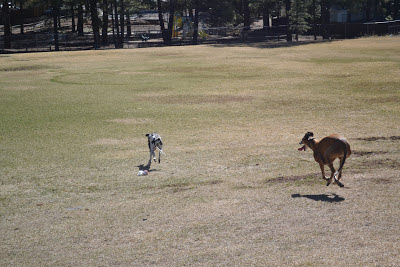 In an attempt to prevent Zephyr and Astro from getting cuts on their feet and legs I've taken them to some different areas to run lately.  One place that we've gone is the school field. 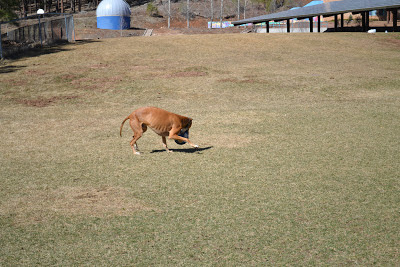 I've always wanted to take them there, but because there was an open section of the fence by the road I hesitated. 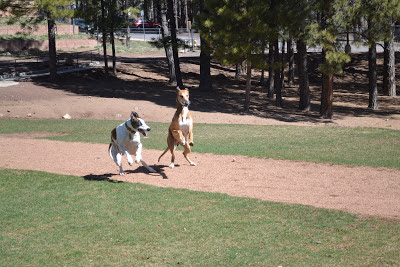 Recently they put a full gate in that area so we went and tried it out.  They had a great time running through the field. 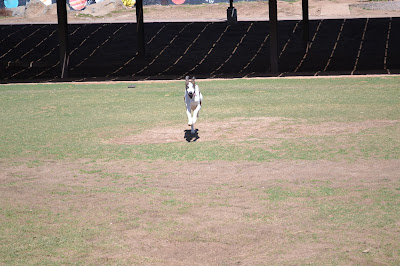 We had the whole place to ourselves for over an hour and not a drop of blood was shed.
Posted by Hiking Hounds at 2:36 PM 6 comments: